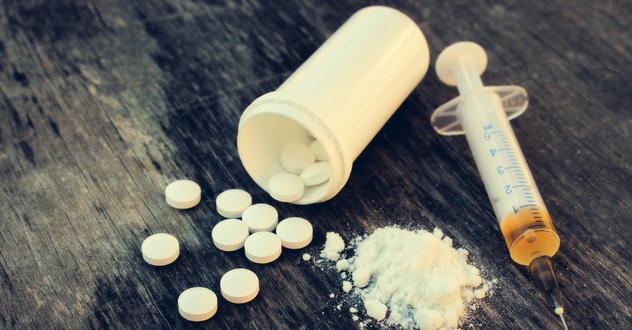 Possession of marijuana, unless it’s more than a dime bag, is usually a misdemeanor. Illegal possession of pain medicine, even if it’s only one pill, is normally a felony. All types of drug possession cases also have significant collateral consequences. Minors often lose their drivers’ licenses and/or their student financial aid. These convictions also make it hard to find a good place to live or get a good job.

Drugs possession arrests might be common, but drug possession convictions are rather hard to come by. These cases have lots of moving parts, as outlined below. Furthermore, since so many of these cases go to designated drug courts, a successful resolution might be possible, even if the defendant doesn’t have a valid defense. More on that below as well.

Elements of a Possession Case

Prosecutors have the burden of proof on each of the following elements of a drug possession cases. This burden of proof, beyond a reasonable doubt, is the highest possible standard of evidence in the United States. So, in everyday terms, a tie always goes to the runner.

Produce the Substance in Court

Under the best evidence rule, prosecutors must produce the substance in court. The officer’s testimony that s/he seized illegal drugs is insufficient. Furthermore, under the Fourth Amendment, if police officers do not have a search warrant, a narrow search warrant exception must apply. Some common exceptions include:

Officers rarely have search warrants in drug possession cases. Everything happens too quickly. If they have them, warrants must be specific as to place and purpose (e.g., search the living room for drugs). They must also be based on probable cause.

Prove it Was Illegal

This hurdle is often difficult to overcome in marijuana possession cases. In Minnesota and many other states, hemp is legal, and marijuana is illegal. These two substances are physically indistinguishable. They look alike, feel alike, and smell alike. Only a THC content test can separate the two substances, at least beyond a reasonable doubt.

Chemical tests are often important in other drug possession cases as well. In late 2019, a Florida man spent over a month in jail after a heroin possession arrest. According to a subsequent chemical test, the “heroin” was Tide laundry detergent.

In the everyday world, “possession” is a very broad word. I possess the bread in my pantry even if I’m not at home. But in criminal court, the word is much more narrow. If a thing is out of reach, the defendant usually doesn’t possess it.

Additionally, prosecutors must also establish knowledge and control. If Tim didn’t know about the pain pills in a locked glove box, he didn’t “possess” them, even if he was in the passenger seat.

If there is a lack of evidence on any one of these points, the judge could exclude the evidence. When that happens, a Minneapolis criminal defense lawyer could get the case thrown out of court. Such a case will never make it to a jury trial.

Frequently, as mentioned above, attorneys don’t need legal defenses to successfully resolve these cases. Most people, including most judges and jurors, now see drug possession as a health and safety issue, instead of a criminal law issue. Former President Barak Obama usually cited this argument when he pardoned defendants with drug convictions.

As a result, pretrial diversion programs are usually available, especially if the defendant has no prior criminal record. These programs vary in different jurisdictions. Usually, if the defendant completes a few basic program requirements, like performing community service, prosecutors drop the case.

Alternatively, deferred disposition is usually available. If the defendant successfully completes probation, the judge dismisses the case. So, the defendant has no criminal record.

Why Private Businesses Need to Focus on Slip and Fall Accidents

When To Get A Lawyer After A Car Accident

How To Carry Out A Failure Analysis

How to Protect Your Coronavirus Stimulus Payment From Your Creditors